Ara Sarafian: Talaat Pasha’s report is the official view of the Armenian Genocide according to Ottoman records 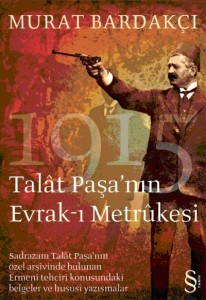 Mediamax interview with historian Ara Sarafian “Talaat Pasha’s Report on the Armenian Genocide, 1917” was published by the Gomidas Institute in April 2011. As the title implies, it is an appraisal of a report that was found in Talaat Pasha’s private papers and published by the Turkish journalist and popular historian Murat Bardakci. According to […]

The book’s Turkish version was presented in Istanbul Espress.am — British-Armenian journalist and director of the London-based Gomidas Institute Ara Sarafian recently travelled to Istanbul to launch his newly published book Talaat Pasha’s Report on the Armenian Genocide in Turkey. During a joint press conference with other writers, Sarafian responded to attacks by Turkish writers […]

What are Turkish State Intellectuals Afraid of? 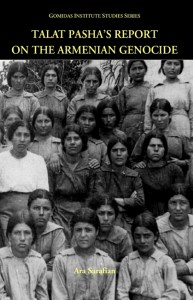 PRESS RELEASE Gomidas Institute42 Blythe RdLondon W14 0HAUK Recent documents released in Turkish archives, combined with surviving documents from Talaat’s Pasha’s private papers, confirm that Talaat was indeed the architect of the Armenian Genocide. There is a clear record that he ordered and supervised the general deportation of Ottoman Armenians in 1915-16, and that he […]